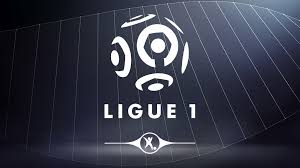 This year for football betting is extremely unpredictable. In Germany Bundes league Dortmund Borussia stand at the bottom of the schedule, in England Premier League Liverpool is also struggling and there were a lot of other surprises that no one could have ever predicted. But today France league 1 will be represented to all people who are fully dived into betting ocean.

Lyon Olympique became a pleasant surprise in the football betting world. Most of the people thought that they will be higher than they were in the previous season but no one knew that they will be at the top of the schedule. It seems that there is no such team that could beat Lyon. It is clearly seen that Lyon tired of just playing at the Europe football league. This year they have a clear vision – UEFA. Several seasons ago they were held as one of the strongest France team which plays in UEFA but until now there were not a lot of people keep believing in this. Now Lyon wants to take the authority back and show to everyone that the real lion has come back.

Marseille Olympique is also demonstrating a good shape. But it is not such a big surprise in football betting as Lyon Olympique is because in the previous season Marseille also had shown that they deserved to compete against the strongest football teams in the world. Although the previous season was not so successful, it is seen that they have the same purpose – to play in the UEFA.

PSG (Paris Saint Germain) shocked their fans a little bit because they thought that they will be at the top of the schedule second season in a row. But football betting is unpredictable. Maybe they have some inner issues or maybe PSG players just lack motivation so the season is not as successful as most of the people thought it will be.

So, Lyon Olympique, Marseille Olympique and PSG are the main teams that are competing for being the strongest France football team. As it was said, football betting is unpredictable so no one can forecast what is going to happen. But at the moment schedule is what it is and it is just a matter of the rest of the season and we will see how everything is going to end. It is the best time to bet which of the team is going to be the first one because at the moment all of the betting sites give the biggest coefficients and you may try to analyze which of the team has most chances to reach their goals. That is why football betting is so popular.